A nationally recognized university with faculty and staff who are dedicated to your academic success, UTEP offers a broad range of academic programs that encourage you to become involved in the discovery and creation of knowledge. UTEP is a friendly place where relationships are easily formed among fellow students, staff members, and faculty

More than 83 percent of our student population is Hispanic. About 50 percent are first-generation college students. UTEP is the first-choice institution for most students in our region: Ninety-four percent of freshman students tell us that UTEP was their first or second choice for college. UTEP is also the choice of the region’s top students who enroll in public institutions in Texas: Fifty-seven percent of El Paso County’s top-ten percent high school graduates who are enrolled in public institutions in Texas attend UTEP.

UTEP’s achievements extend far beyond the University’s traditional strengths in science and engineering. UTEP has received national acclaim for innovative programs in business, fine arts, education, the humanities, health sciences, and nursing. The Carnegie Foundation ranks UTEP in the Doctoral/Research University-Intensive category, placing UTEP among the top seven percent of all colleges and universities in the United States.

The following pages of this catalog introduce you to our policies, our degrees, majors and minors, and our curricula. As you review them, we hope you know that our commitment to you is to offer you the highest-quality education in a supportive community.

Located on the U.S.-Mexico border in the El Paso-Ciudad Juárez binational metropolitan area of more than two million people, UTEP is the largest Mexican-American-majority research university in the United States. In this unique multicultural setting, the University offers a rich variety of academic programs and outstanding support services, providing academic excellence for students.

The second-oldest academic component of The University of Texas System, UTEP was established in 1914 as the Texas State School of Mines and Metallurgy to prepare professionals for the mining industry of the southwestern U.S. and Mexico. Since its inception, the campus has featured architecture derived from the Himalayan kingdom of Bhutan. UTEP’s unique buildings are the only examples of this ancient architecture in the Western Hemisphere. The style, characterized by thick, sloping outer walls accented with a band of elaborate brickwork, was suggested by Kathleen Worrell, the wife of the college’s first dean, after she saw photographs of Bhutanese monasteries in an issue of National Geographic Magazine. Noted El Paso architect Henry Trost designed the first buildings, and subsequent architects have continued the theme through more than 90 years of campus expansion.

The college’s curriculum expanded in 1927 with the addition of liberal arts courses. The first Master of Arts degree was established in 1940. The institution was renamed Texas Western College in 1949 and the University of Texas at El Paso in 1967. Enrollment has grown to more than 25,000 students, and the scope of programs has expanded to 74 bachelor’s, 71 master’s, and 23 doctoral degrees, all designed to meet the needs of an increasingly industrialized and more diverse West Texas.

The 367-acre UTEP campus comprises 89 buildings with more than four million square feet of space for facilities that support academic excellence. The 125,000 square-foot Undergraduate Learning Center features multimedia computer and distance learning technology. The UTEP Library contains more than one million resources, the new Collaborative Learning Center with 224 open-access computers, a lobby café, and an extensive art collection. The 362,000 square-foot Engineering Sciences Complex houses many research opportunities for students in facilities such as the W.M. Keck Center for 3D Innovation with $4-million of equipment, including 17 rapid-prototyping machines and facilities for tissue engineering. Nearby, the Biosciences Research Building provides state-of-the-art equipment to address biomedical and environmental problems. Computer laboratories are located throughout the campus. The Fox Fine Arts galleries, recital halls, and studios present art, theatre, music, and dance programs. Athletic facilities including the Don Haskins Center, the 52,247-seat Sun Bowl Stadium, and the Larry K. Durham Sports Center provide student-athletes a range of world-class resources including a strength and conditioning center, a sports medicine center, a student-athlete lounge and computer center, locker rooms, coaches’ offices, meeting rooms, and the “Hall of Champions.”

With its strategic location on the U.S.-Mexico border, UTEP is a nationally recognized leader in creating excellent academic opportunities for the people of the El Paso region and a stimulating context for students from elsewhere to pursue their education. Quality academic programs and a robust research agenda mark UTEP as an innovative force in American higher education for the 21st century.

UTEP is a comprehensive public research university that is increasing access to excellent higher education. We advance discovery of public value and positively impact the health, culture, education, and economy of the community we serve.

Students who attend UTEP come from a varied mix of social, cultural, and economic backgrounds that closely mirror the population of the El Paso-Ciudad Juárez region. Approximately 76 percent of UTEP’s students are Hispanic, approximately 64 percent work while in college, and more than half are first-generation college students. UTEP students typically represent the 50 United States and 71 countries, with about six percent coming from Mexico. 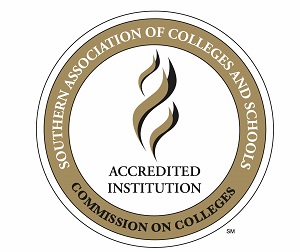 Information on accreditation by separate accrediting bodies for specific programs is presented in the specific college and school sections of this catalog.

To the extent provided by applicable law, no person shall be excluded from participation in, denied the benefits of, or be subjected to discrimination under, any program or activity sponsored or conducted by The University of Texas at El Paso on the basis of race, color, national origin, religion, sex, age, veteran status, genetic information, disability, sexual orientation or gender identity.